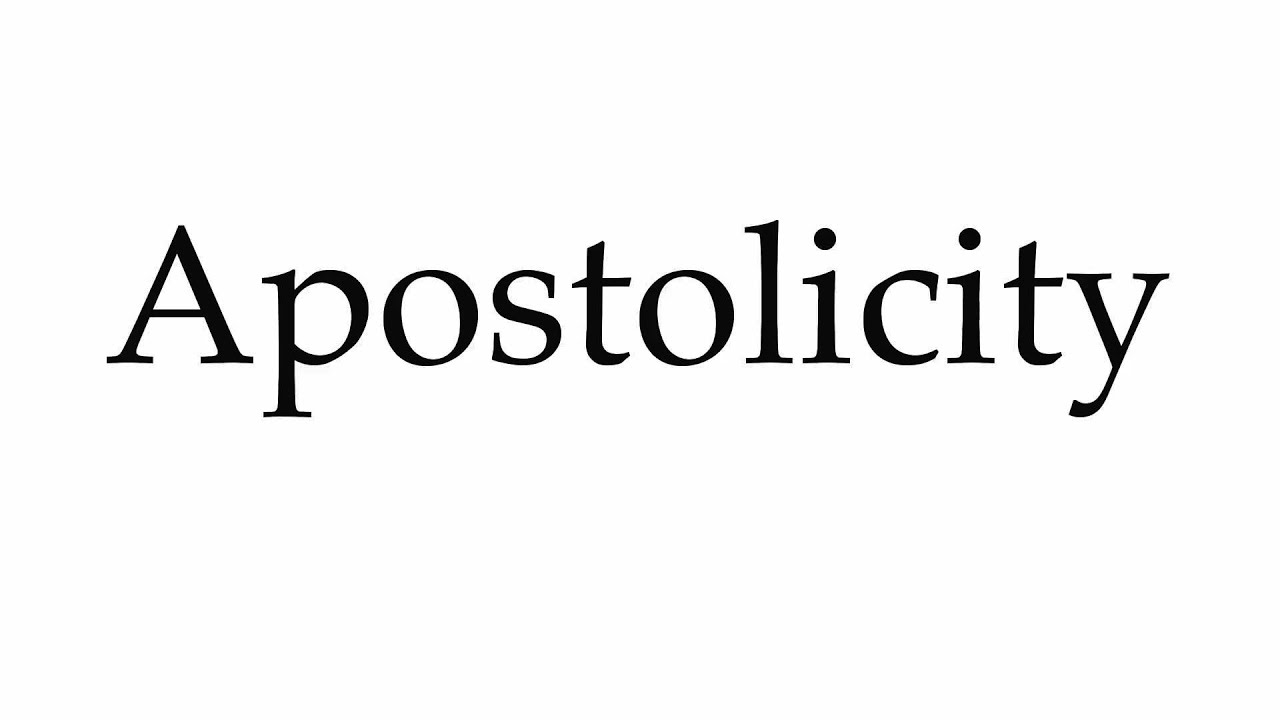 Remember a couple of posts back, the word canonicity?

Well here is another new word for me…apostolicity.

What does that mean and why is it important?

“Of, relating to, or contemporary with the 12 Apostles. Of, relating to, or derived from the teaching or practice of the 12 Apostles. And a reference to New Testament writings, those which were included in the New Testament canon, which have unequivocally claimed apostolic authorship.  The reference to writings is particularly important for our topic this week: “Are the Bible Documents Reliable?”

This is a question that plagues the doubter, the skeptic and maybe even Christians don’t want to admit lack of knowledge about the New Testament canon. We need to know about it so we can communicate to the doubter and the skeptic.

Josh McDowell in his book The New Evidence that Demands a Verdict is very helpful on this topic.  He recounts that there are almost six thousand very early manuscripts of the Greek New Testament.  There are ten thousand early manuscripst of the Latin Vulgate and a least nine thousand three hundred other early versions [in other languages].

Why is this important? No book has as many early manuscripts as The Bible.  For example Homer’s Iliad is a very famous book that has existed since the 8th Century B.C. but there are only 643 manuscript copies in existence.

McDowell states, “The sheer number of manuscript copies cannot be overstated. As with other documents of ancient literature, there are no known extant (currently existing) original manuscripts of the Bible.  Fortunately, however the abundance of manuscript copies makes it possible to reconstruct the original with virtually complete accuracy.”

Ok, I have mentioned apostolicity as a key element in constructing the New Testament canon and to understand that is very simple. When I was in college I was a history major and I had a history professor explain the value of historical documents to me [since I had to write my share of history term papers!].  Say a battle occurs, what documents would have the most value?  The first hand witnesses of the battle.   Among those witnesses, which would be the best?  The commanders who had a better idea of the “big picture” of the battle.  What documents would be less valuable?  Accounts that were written by people who were not there.

The Apostles were there with Jesus. That is simple.

You may be asking why was all this necessary?

Well, after Jesus was here on earth and then went on to heaven, man took over leadership of His church and if you read works like The Faith by professor Brian Moynahan, you will see that man began to muddy the waters of doctrine around the 2nd Century A.D.

Complex questions began to arise about basic issues like the doctrine of grace, atonement, readmission of those who had lapsed, and the nature of the sacraments. Church leaders began to hurl the very dangerous label heretic at people who seemed to be “a bit off the mark.”

The problem was, there was no standardized mark for our faith and that needed to be established for Christianity.

Dr. R. A. Baker in his paper “How the New Testament Canon was Formed” states: “Many people think the New Testament writings were agreed upon at the Council of Nicea. There were 20 canons (church rules) voted on at Nicea – none dealt with sacred writings. The first historical reference listing the exact 27 writings in the orthodox New Testament is in the Easter Letter of Athanasius in 367 AD. His reference states that these are the only recognized writings to be read in a church service. The first time a church council ruled on the list of “inspired” writings allowed to be read in church was at the Synod of Hippo in 393 AD. No document survived from this council – we only know of this decision because it was referenced at the third Synod of Carthage in 397 AD.

How was the New Testament canon established?

Even though man has muddied the waters since Jesus’ days on earth, a person very close to Jesus writes: “And He Himself gave some to be Apostles, some prophets, some evangelists, and some pastors and teachers, for the equipping of the saints for the work of ministry, for the edifying of the body of Christ, till we all come to the unity of the faith and of the knowledge of the Son of God, to a perfect man, to the measure of the stature of the fullness of Christ; that we should no longer be children, tossed to and fro and carried about with every wind of doctrine, by the trickery of men, in the cunning craftiness of deceitful plotting, but, speaking the truth in love, may grow up in all things into Him who causes growth of the body for the edifying of itself in love” (Ephesians 4:11-16).

Paul knew that challenges would come from doubters and skeptics but what we have in the New Testament is a work that will hold up under any kind of questioning.