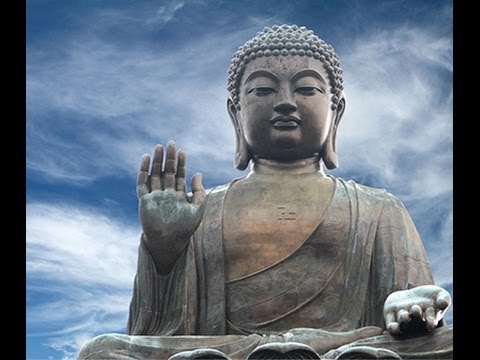 “I would say right now, the most offensive claim of Christians is that Jesus is the only way of salvation. This is characterized as intolerant, as arrogant, as narrow-minded.  I mean there is a host of vices that go along with this claim [Greg Koukl author of Relativism: Feet Firmly Planted in Mid-Air].

What is this author saying?

“Thomas [the Disciple] said to Him [Jesus], ‘Lord, we do not know where You are going, and how can we know the way?’ Jesus said to him, ‘I am the way, the truth, and the life. No one comes to the Father except through Me’” [John 14].

What Koukl is really saying is that he objects to words from Jesus as found in these famous scriptures above. He refuses to believe that Jesus is the “only way.”

He is not the only one. I have had acquaintances, coworkers and even friends and family members who have indicated that they think Christians are intolerant, arrogant and narrow-minded.  It seems that the more educated and travelled a person, the more prone they are to cast aspersions on Christians.

Maybe it is because they have encountered other good people in this world, good people who have different belief systems and don’t mean any harm and they seem to “have it all together.”

Maybe it is because they have seen the world and have a broader perspective of humanity and they are more tolerant and accepting.

Maybe like Greg Koukl, they just refuse to buy into the idea that there is only one way; truth is relative or “truth depends” on the religion base that expresses it. Jesus could not claim to be the only way.  Christianity is not an exclusive religion.  Other religions have it right also.

Chapter 12 in Adam Hamilton’s book is entitled “Will there be Hindu’s in Heaven?” Mr. Koukl says Christians are going to say NO!

This all boils down to a “black or white” debate.

At one position are Christian Exclusivists who say that Jesus is the only way.

At another position are Christian Inclusivists who say that Heaven will be peopled with people from many faiths. If you think Christians are the only ones who will be there, think again.

Let’s take this further. Which side do you think conservative Christians are on?  Exclusivism.  That leaves inclusivism for the liberal Christians.

Anyone who has read this blog will know that I reference John R. W. Stott quite a lot. He is one of my favorite authors and over the years his books and his explanations of the Christian faith have meant quite a lot to me.

Here is an admission.

I have struggled with this issue.

I know what the Bible says about Jesus “is the only way.” I have read those words and others over and over and over.   I understand the implications of a rigid application of those words.   The people who don’t believe in Jesus are not going to make it into heaven.  I know what it means to say there are many ways to God.  What becomes of the God and His Son we believe in when we say that?

At times in my life I thought there were many ways. I did not think it all out.  I just practiced tolerance and in my mind, I opened the gates to heaven to all, even though the gate is a “narrow gate” as we read in Matthew 7.

John R. W. Stott struggled as you can see in these words: “I have never been able to conjure up (as some great Evangelical missionaries have) the appalling vision of the millions who are not only perishing but will inevitably perish [the exclusivist position].  On the other hand… I am not and cannot be a universalist.  Between these extremes I cherish and hope that the majority of the human race will be saved.”

Stop and think about the position that English Christian leader expresses. Stott was an Anglican cleric who was noted as a leader of the worldwide Evangelical movement.   Needless to say, he has brought many people to Christ, including me.

I will never forget my experience as a “new Christian” nineteen years ago. I fell in love with God and His son Jesus Christ and I was on fire for the New Testament.  I hungered for the word and I read the New Testament like every page had a message for me.  In those early days, I also read Basic Christianity by John R. W. Stott.

In those days, I had no idea I was buying into a faith that was intolerant, arrogant, and narrow-minded.

Today, I don’t believe I have.   This will be a good chapter for me.  Maybe it will be for you as we explore who to include and who to exclude and the implications for how we view the world.