The Pride of our Judgement 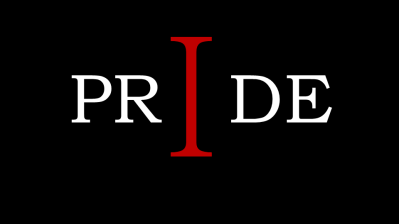 Not words we want applied to us…

Yet many in the Christian community take on a job that is “above our pay grade” and we do it easily. We declare to others who is going to hell and who is not.

Matthew 7: 1-3 records the words of Jesus: “Do not judge, or you too will be judged.   For in the same way you judge others, you will be judged, and with the measure you use, it will be measured to you. ‘Why do you look at the speck of sawdust in your brother’s eye and pay no attention to the plank in your own eye?’”

These words are pretty clear to me, yet over and over, I have personal conversations with my fellow Christians who deny that God will save certain people, according to their own set of personal standards. Sadly I have been in groups of Christians where it is even worse. I have heard groups of Christians “pile on” another Christian who has sinned. Essentially saying “I don’t want to have anything to do with this person.” As if they have never committed the same sin.

Is this not the epitome of pride as people who should extend grace to another cannot? Instead, they condemn.

In my reading of the Bible, it seems like the mission of Jesus is to save the lost. I am reminded of his looking for lost sheep and his story of the acceptance of the “lost” prodigal.   In the Book of John, Jesus saves the woman taken in adultery. She has been caught and the Pharisees are justified in stoning her, yet Jesus says the famous words that the one without sin should cast the first stone. The crowd drops their stones and walks away.

As I state above, we apply our personal standards to others readily, not able to admit that Jesus’ standards for salvation were much easier. I don’t know about you but I read that I am saved by faith. God extends His grace to me as a gift, a gift that I don’t deserve. I get His gift because of no work that I have done; it is my trust and my faith.

This is the crux of the matter for us humans. God looks into a person’s heart. We cannot. God sees the extent of what they are capable of. And God knows a person, formed us in our mothers’ womb, knows us by name and wants all of us to be saved.

I believe that God can apply His saving grace to anyone. It is His choice and not ours. And it is based on Divine knowledge, not our limited human knowledge.

As I write these words, I realize we all fall short in this area of our life. Social psychologists have studied the human practice of attribution. We seek to supply answers for human action. However, we “miss the mark” often, coming up with the wrong reasons for human action.

We just don’t see into a person’s heart.

God chooses to give the gift of mercy much easier than we do. If someone earnestly seeks God, makes an effort to love God and responds to God’s grace, that person will receive God’s mercy.

I sound like I am giving a pass to those who judge but I wonder if we deserve that pass. When we stand in judgement of others, we are really saying we are better than the one being judged.   We don’t have their faults. It is almost like we are taking credit for what we have accomplished in our lives, that we have reached a high sinless station and now we can talk about others falling short.

When we judge others we need to remember the oft quoted phrase that is not Biblical “but for the grace of God, go I” [coined by Englishman, John Bradford in the 16th century].

Anything we accomplish in this world would not have been possible were it not for God enabling and sustaining us. It is written in 1 Corinthians 4:7, “What do you have that you did not receive? And if you did receive it, why do you boast as though you did not?” This is why we all should give God the glory—He alone deserves it.

We need to stay out of the business of condemning people to hell.

I have quoted him before but he bears quoting again: When Jon Meacham in a Newsweek article asked Pastor Billy Graham about who will be in heaven and who will not, he said “Those are the decisions only the Lord will make. It would be foolish for me to speculate of who will be there and who won’t.”

What a humble Christian role model for us all…