In Sync / Out of Sync 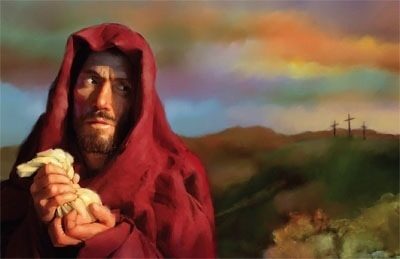 When I was at choir practice last night, the man who was working to make us sound the best we can used a phrase that we often hear in everyday life.

“The sound of the choir was ‘in sync’ with the environment that we are singing in.”

In sync: “working well together, in agreement.”

He was saying we were sounding as well as we could sound in the space we were in. It was a good comment, what a choir director and choir want to hear.

The Bible is full of all kinds of people who are in sync or “out of sync” with God. Examples of out of sync behavior abound: Saul comes to mind and his insane jealousy of David and inability to lead the Israelites in a Godly manner and Samson and his brawn and his feelings that he was the source of his own power, not God. The most extreme example of being “out of sync” comes from the life of Judas Iscariot. John Bevere* makes a very strong point about how we can be so distracted by ways of this world that we can even work against God.

Sometimes I think of Judas as a visitor to the Jerry Springer show, you know those people who behave badly and display their bad behavior for all to see on the television screen. We smugly watch the show and say “I may have my faults but I don’t act that badly.” I may be a bad person but I am not as bad as Judas Iscariot!

Maybe Judas just got too wrapped up in his role. He was the disciple who was in charge of the Jesus’ ministry’s money and he became so money-minded that he lost his judgement. Money became his god and he lost his fear of doing wrong.

The result of this showed in his embezzlement of funds from the treasury, lying to Jesus, and lack of interest in caring for the poor. We all know of the story of the wealthy woman who poured a whole bottle of expensive perfume on Jesus. The hypocrisy was so evident when Judas complained that the worth of the perfume should have been exchanged for money and the money should have been given to the poor. Judas declared the act as “bad” and “fleeting.” Jesus called the act “good” and “lasting.”

This is truly an example of a disciple who is “out of sync” with God.

It is right after this act that Judas decides to betray Jesus to the authorities. He thinks Jesus is on earth to set up God’s kingdom and Judas is pushing Jesus to act. If Judas forces Jesus’ hand, He will take over and Judas will have his rightful place in the new Kingdom on earth. Bevere goes into the mind of Judas with these words: “I’ll speed up the process. I’m not waiting any longer. I want my place of power, influence and riches. I’ve had enough of being a target of ridicule and persecution by the leaders. I don’t want to be viewed as the companion of a lunatic any longer. If I turn Him over to the leaders, He’ll finally show off His power and set up His kingdom, and I’ll have my place of prominence” [p. 235].

How could Judas be so wrong? Why does he think that he knows God’s plan? How could he be so bold that he feels he can assert his will over God’s Son?

He lost the fear of God and was so desirous of money and power that he could not hear the voice of God anymore. He had succumbed to the “siren song” of the world.

Where are we in this story?

Well, we don’t need to be smug and say, I could never be as bad as Judas. The truth of the matter is that we can get very weak in our dedication to the Lord. Our lives are full of snares that can take our hearts far from God. We have weaknesses that Satan can prey upon every day, desires that are not helpful for our relationship with God. Our own judgement can be easily clouded when we get distracted by the news of the day and the behavior of others.

We can be so distracted that we lose that special ability to hear the voice of God, discernment. Sadly, I would venture to say that some Christians have never experienced discernment, just reacting to life without waiting for God to direct their feelings, thoughts and acts. Many of us have had periods of time when God has been pushed aside for the “bad and fleeting”.

Why not wait for some confirmation that our decisions are Godly?

Why not wait for God’s voice?

Why not wait for the “good and lasting?”

Why not wait for discernment?

*from Chapter 15 “Discernment” in Good or God?