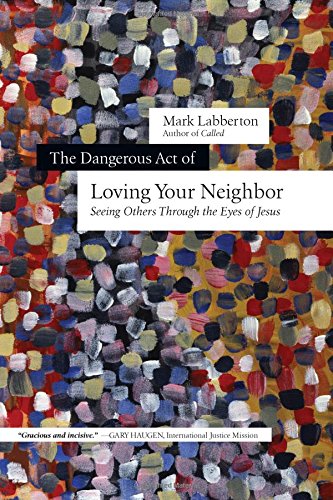 John Carter Allen passed away on December 2, 2017. John did not feel well these last few years. He had several serious health problems and toward the end of his life, his slow movements became even slower.

John was what I call a “character.” I got to know him over a twenty year span of time and one of his favorite repeated expressions was “I get my hair cut and my beard trimmed twice a year, whether I need it or not.” You would see him in public and sometimes he just did not wear the best looking clothing. Coupled with his long gray hair and the long gray beard, he often looked unkempt.

In short, in our society, looking good counts.

John spent a lot of time helping people less fortunate. You know how that goes. People who are homeless, maybe mentally unbalanced, people who have taken a wrong turn in life. He served many years in many capacities for Habitat for Humanity. He served as the first director of Micah Mission Center where people who need basic necessities gather for help and a warm place on a frigid night. At St. John United Methodist Church in Hopkinsville Kentucky he was a devoted volunteer on the mission team where he implemented a “food box ministry” which helped disadvantaged families at Christmas.
John never was bothered to be around folks less fortunate. It was almost like he could see beyond their outward appearance.

We know that God doesn’t focus on our outward appearance. It is what’s on the inside that matters most to Him. The Bible tells us that God’s focus is on developing our inner beauty so that it can be reflected in everything we do and what we are.

Certainly it is that inward person that counts for God. All of us have a Holy Spirit and John seemed to be able to look to that in everyone, not getting turned off to a person’s smell, clothing, or body shape.

It is with great reverence that I dedicate the study of Labberton’s book The Dangerous Act of Loving Your Neighbor to John. When I was picking out a book near the end of Good or God?, John passed away and based on my knowledge of his life, his passing steered me to Labberton’s book.

Today, it seems that so many in our society are obsessed with appearance. Television and print media are full of ads touting products to help us with our appearance. Unfortunately, we do live in a superficial world where people do judge on appearance. We would all love to say that we are not in the majority and that we all look beyond what’s on the outside, but virtually all of us are influenced by appearances.

Labberton’s subtitle is “Seeing Others Through the Eyes of Jesus” but how can we do that if we are focused on outward appearance? Some of the people who have the greatest needs are those who don’t make that good “impression.”

John may have struggled with that too, but maybe not. Maybe he knew something the rest of us should know—that we take our eyes off of God when we focus too much on outward appearance. Maybe no one should have been distracted by his appearance; he was certainly a substantial man of God, doing the best he could to help those less fortunate.

He lived the words of Matthew 25:35-40, you know those words from Jesus asking us to help the less fortunate: “For I was hungry and you gave me food, I was thirsty and you gave me drink, I was a stranger and you welcomed me, I was naked and you clothed me, I was sick and you visited me, I was in prison and you came to me.’ Then the righteous will answer Him, saying, ‘Lord, when did we see you hungry and feed you, or thirsty and give you drink? And when did we see you a stranger and welcome you, or naked and clothe you? And when did we see you sick or in prison and visit you?’ And the King will answer them, ‘Truly, I say to you, as you did it to one of the least of these my brothers, you did it to me.’