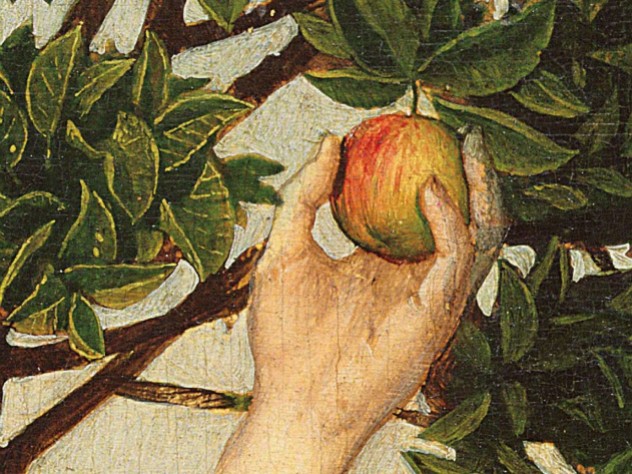 In The Dangerous Act of Loving Your Neighbor, one can easily get lost in the conclusion that all of us have factors in our lives which cause us to suffer distorted outlooks on reality. In essence, we don’t see ourselves as others see us. We all have times when insecurity creeps in, times when we sense we have personal deficiencies. We may try to fill in the gaps, trying to hide what we lack. We may try to project success but we know our façade is not real. Even the person who has the most loving, doting parents will still fall into situations where they lack something they need in life and they will experience nagging feelings of insecurity.

To be honest, most of us may never get over our deficiencies. They may linger for a lifetime.

Is it just part of being human?

Pastor Labberton spends a lot of time writing about our distorted outlook on life, the idea that we view the world through what he calls our “broken mirror”. In Chapter 5 of his book, he turns to the Bible for insight.

At one time, man and woman had no insecurity. The first man and first woman were reflections of God, representatives of God, in control of the Garden of Eden, blessed human beings. They had no shame existing in a world where they had no worries. Their only concern was the choice that God had given them: choose Me or choose autonomy, represented by the Tree of the Knowledge of Good and Evil. You must not eat fruit from it.

Of course there was really no reason to eat fruit from the forbidden tree. They had all that anyone would want but Satan arrived in the form of a serpent to prey on their…you guessed it: their insecurity. Basically he convinced them to rebel against God by making them think they lacked something. Knowledge of good and evil would make them on par with God [of course that is not true]. Why would God’s representatives want to be anything more than what they were?

But they did eat it. Satan said “when you eat of it your eyes will be opened, and you will be like God, knowing good and evil.” They felt they lacked something. They had a deep-seated insecurity and Satan knew that. The serpent told them that eating of the Tree of Knowledge of Good and Evil would give them a better life. They believed the lie. They did not believe God.

Thanks to Satan’s words, they suffered from a horrible distortion about their world. Until he entered the picture, they did not have that. After he convinced them to seize autonomy, they immediately began to suffer. Human relationships were less trusting, symbolized in the immediate shame between Adam and Eve. Suddenly they had a desire to cover their bodies. And for the first time ever, they were ashamed to be in God’s presence, they hid from God, knowing they did something very wrong.
Intimacy was lost due to their sin.

It is not much of a stretch to say that their act destroyed mankind’s relationship with God. Labberton says by “looking at the narrative line of Genesis alone, we find the tragic story of how a distorted refraction of our broken humanity is reproduced again and again”.

The story of man continues in the lives ruined by insecurity. Cain and Abel didn’t see themselves as loving brothers. They saw each other as foes, competitors, enemies. Cain was so jealous of Abel that he wanted to murder him. God said do not give into this temptation but he did. Cain was so insecure.

The youngest son Joseph was the apple of Jacob’s eye so his brothers schemed for a way to get rid of him. They were so blinded by their hatred for Jacob’s “favorite” that they put Joseph’s life in danger. Their insecurity caused them to do what was wrong.

One can make a case that a distorted sense of worth may be at the root of many of man’s problems in the Bible as one can cite case after case of fractured relationships, all stemming from the Garden of Eden.

It is interesting that James 1: 22-25 offers hope for all of us who struggle. Read this Scripture carefully: “Be doers of the Word, and not merely hearers who deceive themselves. For if any are hearers of the word and not doers, they are like those who look at themselves in a mirror; for they look at themselves and, ongoing away, immediately forget what they were like. But those who look into the perfect law, the law of liberty, and persevere, being not hearers but doers who act—they will be blessed in their doing.”

Maybe we have a natural insecurity, born of our sin nature. Maybe we all have a tendency to think too much when we should act. Maybe we should be doers and not hearers.

When a need is presented before us, we need to do it before insecurity creeps into our minds.

Maybe it is in the doing that our insecurities may disappear.